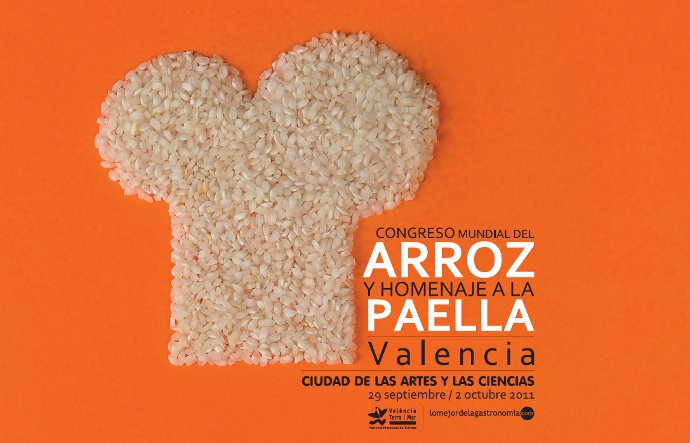 The World Rice Congress - Tribute to Paella brought together 50,000 people, who from 29th September to 2nd October 2011, turned the City of Arts and Sciences in Valencia into a great gastronomic festival, as well as a meeting point for rice culture.

On Sunday, top international chefs and thousands of Valencians paid tribute to paella as the culmination of a gastronomic event that was a resounding success, both in terms of organisation and participation.

This event brought together 50 of the best chefs from all over the world who presented the different ways of cooking rice typical of their regions or countries.

In addition, more than 70 stands offered a wide variety of gastronomic products at the Gastronomic Fair, from seafood, octopus, rice, wines, chocolate, pastries, nougat, liqueurs, spices, sausages, ham, among many other examples.

Bealar, S.L. has had its own stand during the development of the Homage to Paella where it has been promoting Saffron from La Mancha in its different formats. This species is considered to be one of the essential elements in the preparation of all types of rice dishes, which is why it could not be missing and there were many people interested in the product during the Gastronomic Fair.